Hope you all safe and well. Has been an unprecedented few months for all of us, and a time for many of us to reevaluate life. This has had some effect on the currently busy property market, especially in Manchester.

We haven’t shared any property information recently, because frankly there hasn’t been that much news to share. Our joint ventures with Greenworld, where we provide good returns for investors, has been continuing. The builders were obviously not working for several weeks, and when they did return, the availability of materials like cladding, plasterboard and cement was in short supply and expensive. But we currently have several refurbs for investors ongoing. We won’t be taking any new investor funds until October, as we are currently operating at maximum capacity. Please CONTACT US if interested. We offer minimum returns of 8% per annum for armchair investors who just want returns on their funds, and also BTLs - high yield, tenanted, and BMW - for active investors looking to purchase. Please see some of our CASE STUDIES and hear from some of our visitors from our INVESTORS DAYS.

When the housing market reopened in May everybody was wondering how the industry would be affected by the epidemic. It seemed business as usual. Asking prices of houses sold in June were up by several percent.

Manchester had one of the greatest year on year house price increases at 3.9%

I’ve been in touch with estate agents in Manchester and London for last several weeks and they are extremely busy. More in the suburbs than the city centre. Normally July and August are quieter, but agents are busy because not so many people are travelling on holidays. Also there is a bounce back because of end of lockdown and people on furlough just browsing. Sales and rentals are promising. Normally strike rate is 1 in 7 for viewing properties and making an offer, but currently 1 in 2 in some cases. People have had time to research and know what they want.

Some areas in outskirts of Manchester with good transport networks (Oldham, Ashton, Glossop, Rochdale, etc) the demand is outweighing supply. A lot of city renters and home owners are selling in both London and Manchester city centres and moving to the suburbs. This Is pushing houses price up in suburbs of Manchester. Houses we sold to investors a year ago for 100k, now have houses on the same road selling for £ 130k

Real test is when furlough ends, as more houses will come onto the market.

Lot of agents are stating people have revaluated things during lockdown and moving to suburbs for bigger houses, move nearer to family, realise they can work from home. Due to the exodus from the city, rents have gone down in the city.

Ofcourse this decrease in rent will attract people who want to be nearer to their city centre office, and also don’t want to or cant buy. The criteria by mortgage companies for lending now for BTLs is much stricter. Whereas before BTL lending was based more on rental income multiples, they now want to see self assessment forms, bank statement, company accounts, PAYE returns. etc. Rates are very low and attractive, but getting approvals seems much harder. Also stamp duty threshold has increased from 125k to 500k which is another attraction to purchasing property now.

This wont affect first time buyers ofcourse as they are exempt anyways, but 95% mortgages have been withdrawn from the market.

Personally, I had an offer for some offices in north London and houses in Manchester accepted and was about to complete and exchange and then lockdown struck. Obviously I pulled out. Kept in touch with the agents, and 4 months later the same offices I have made a lower offer of 15% less and it has been accepted. The houses in Manchester the prices have been driven up by several other interested investors. There are good deals for commercial property now in London suburbs. Residential prices in the outskirts of Manchester are being pushed up, and one has to be really savvy and extend their network to get good BMV deals.

Dealing with existing tenants of mine has been a headache, as expected. Several asking for rent holidays, which we accepted, some just refusing to pay and disappearing, The end of the period for section 21 notices is coming to an end soon, and I may have to issue some if we can’t come to a resolution. Some tenants withheld rent blaming repairs needed, which is illegal in itself. Some tenants stated they couldn’t afford to pay the rent eventhough they were in good corporate jobs. I did ask them to provide a letter from their employer that their salary was affected, and none were forthcoming.

Had another 2 young tenant couples break up during the last few months, which creates its own issues. That’s a podcast on its own.

We’ve started leaflet drops again for sourcing BMV properties and had a good response rate. Like I mentioned we will be offering investor deals again from October, so please CONTACT US if interested.

Property Investing: Flats or Houses ? Up North or Down South ? 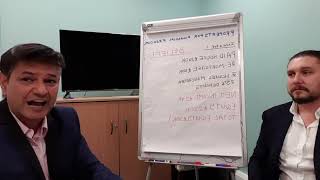 Manchester is the Place to Invest and the Time is Now !

Your Lazy Equity Could be Making you a Fortune !